Helping those that help make Teesside a better place

Powering up our own philanthropy as we create the new brand for Teesside’s leading philanthropists, helping celebrate ten years of supporting communities across our region.

The Teesside Charity is a business-led organisation, set up by Teessiders for Teessiders, who play a crucial role in empowering communities across the region. Consisting of some of the area’s biggest companies and most-well known figures, the charity aims to make the region a better place to live, work and do business.

Since 2011 they have raised more than £4 million for local communities, and as they mark their tenth anniversary, now was the perfect time to reassess, and realign their brand. 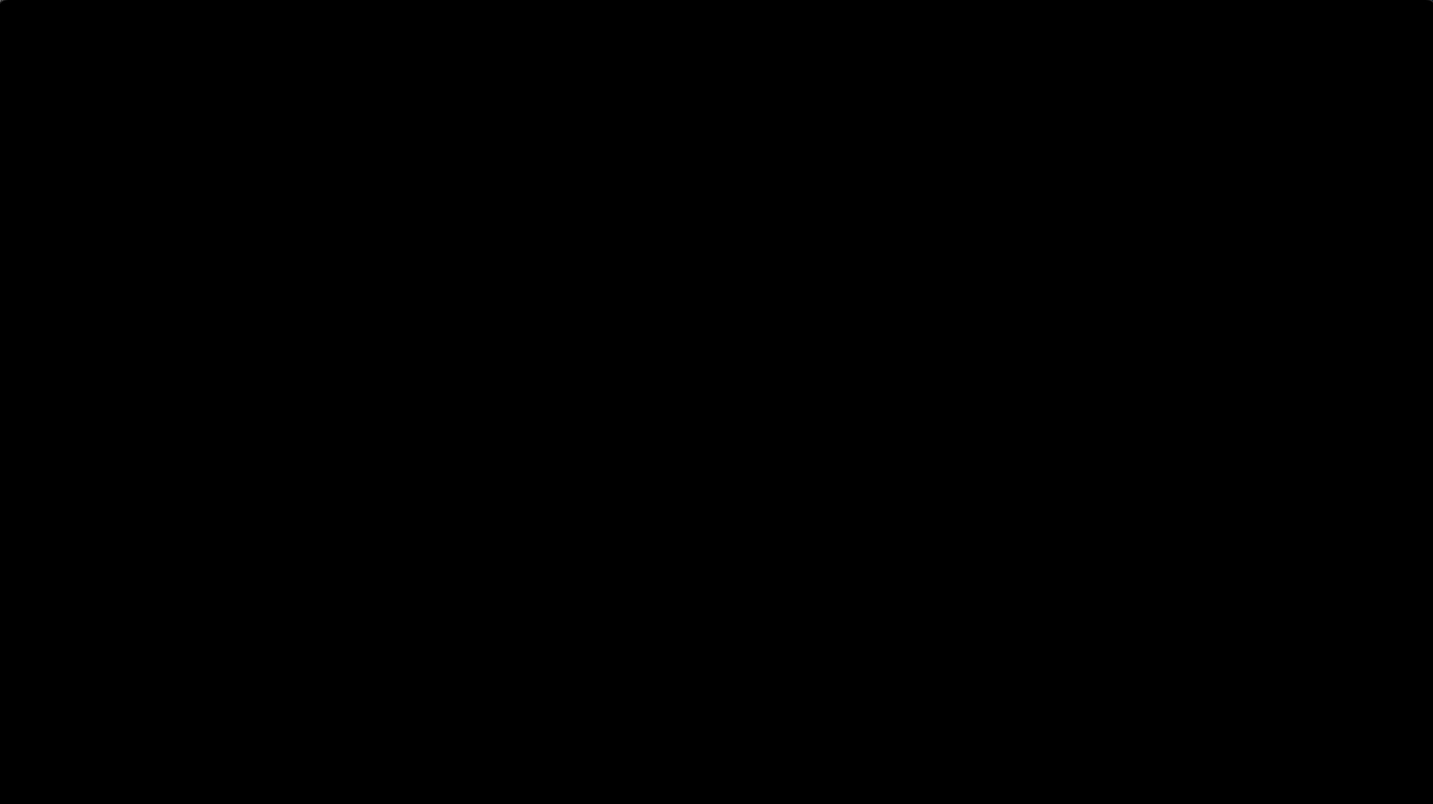 Previously known as the Middlesbrough and Teesside Philanthropic Foundation, we were tasked with renaming and rebranding the charity in line with its crucial role and powerful impact. First and foremost, its name was complex and created problems at every turn. From donors to beneficiaries, and even patrons and staff, different people were using different concoctions — Teesside Philanthropic Foundation, Teesside Philanthropic Society, Teesside Charity and MTPF to name just a few. This was understandably problematic; even more so when you consider the ‘philanthropic’ element with its antiquated meaning, difficult pronunciation and uncommon usage. We needed to find a term that was shorter, easier to say, more descriptive and ultimately more meaningful. 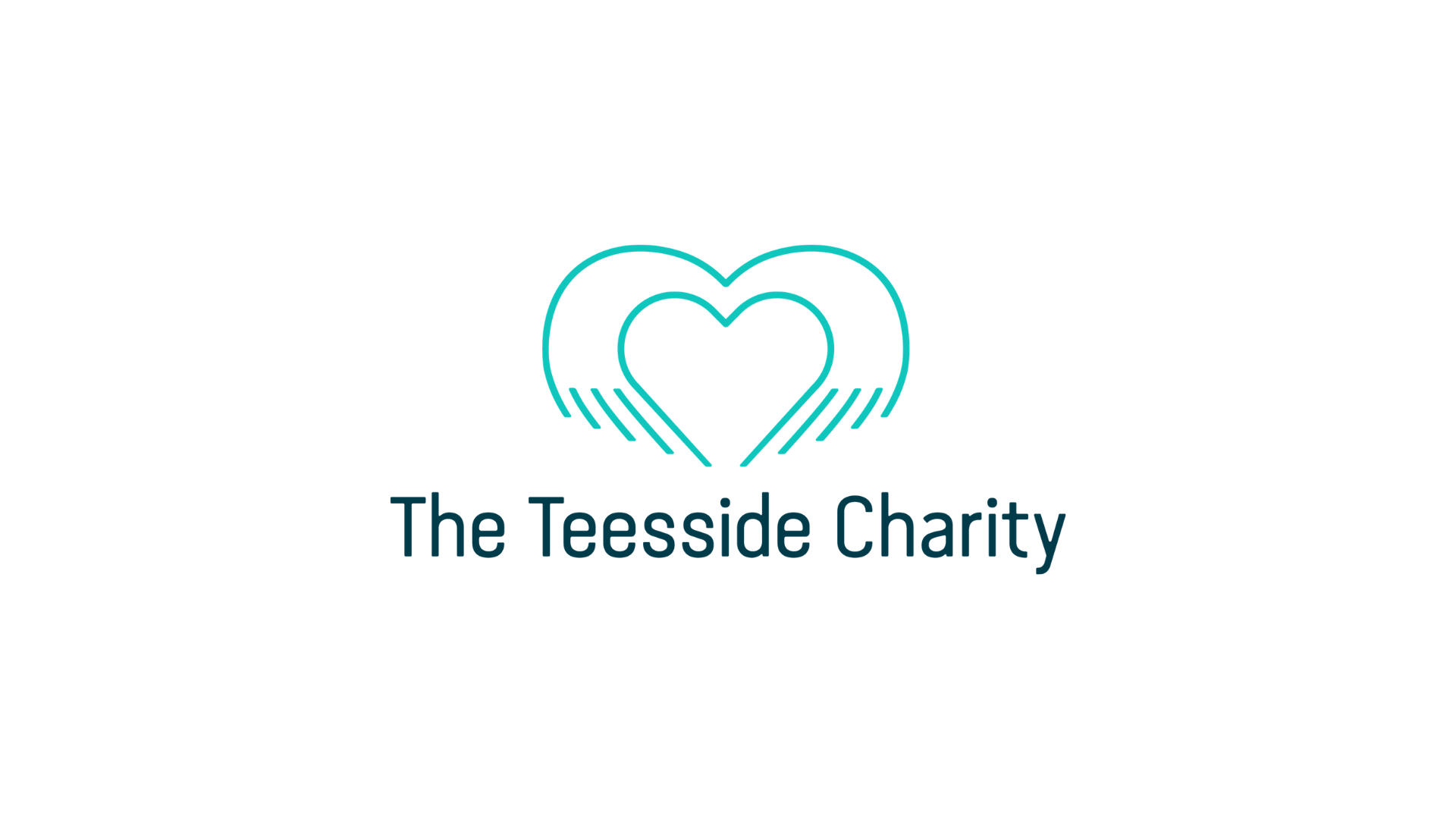 On a wider brand level, it was hoped the development would deliver a brand that’s a true reflection of the organisation today. Consistency was a big talking point too; aligning everyone at the charity to one vision, one mission and one story that can then be expressed transparently to the outside world.

We quickly identified that the ‘Middlesbrough’ and ‘philanthropic’ elements were both redundant, each lacking in focus, differentiation and clarity. After exploring a number of concepts and strategies, ranging from verbal metaphors to colloquial double meanings, a simple but evolved route was viewed as the most suitable direction. This meant retaining the key geographical locator of Teesside, while amplifying and elevating its name by adding a hint of authority and longevity. The Teesside Charity was born, keeping the name familiar, understandable and above all, impactful. The distinctive and definitive position as ‘THE’ Teesside Charity could also be defended, laying claim to being the oldest, largest and most effective charity in what they do.

Alongside the new name, we developed a strapline that doubled up as a powerful purpose and a cornerstone of the brand: ‘Bridging the gap’. This stemmed from stakeholder conversations around the notion of sharing success and ultimately being both a physical and metaphorical bridge between communities, people and opportunities in Teesside. Creatively, this also unlocked clear themes and opened a visually exciting brief; giving us the chance to develop ideas that represented the key themes of optimism, enthusiasm and empowerment.

The result was a refined and refreshed identity that built on the associations and symbolism of the previous brand, while updating to convey the charity’s role, maturity and impact. At its core, the new ‘hand on heart’ icon has been developed as a clean evolution, simplified to express the strapline and benefit from existing brand equity. While the hands still form a heart, they now also bridge the gap and encircle it in a lighter, simpler style. In addition, an updated colour palette expresses confidence, warmth and an air of corporate assurance; reflecting their beneficiaries, staff and supporters.

The new brand strikes a delicate balance that resonates to both donors and beneficiaries alike. In themselves, the donors were a complex mix, ranging from national Teesside-based companies through to business leaders and well-known figures, all the way down to small enterprises and the general public. And ultimately while patrons are the major funding source, the brand shouldn’t alienate the average man or woman in the street.

Its new name and look was revealed in front of over 550 people at their annual ball at Wynyard Hall. As well as celebrating their tenth birthday, the black tie event raised a huge £66,000 for worthy local causes and struggling families.

Lee Bramley, the charity’s chair of trustees, said: ““The last 18 months have proved a particularly challenging time for our charity, but the generous response of our supporters meant we were able to not only survive but to thrive and continue to support our fellow Teessiders in need – especially those directly impacted by the pandemic.

“Now we look forward to the next 10 years with a new name but with the same values and principles.” 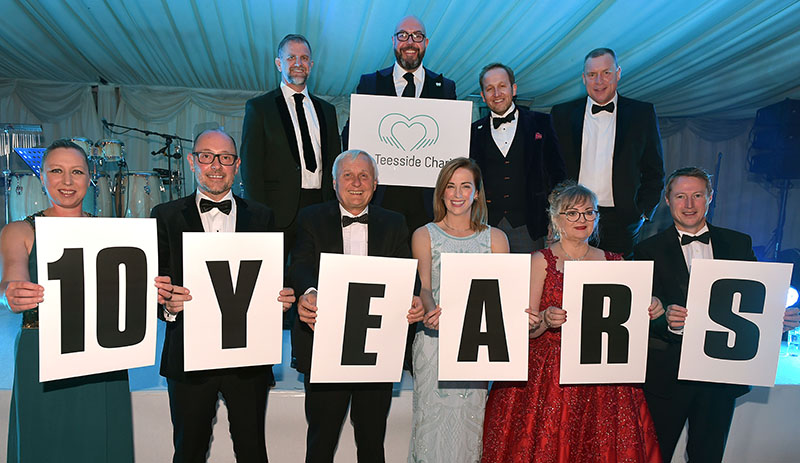 Set up by now Middlesbrough mayor, Andy Preston, the charity is backed by a who’s who of local business. Its patrons include Cleveland Cable Company, AV Dawson, Devereux Transport and Distribution, Middlesbrough College, Active Chartered Financial Planners and PD Ports — with 100% of donations reinvested into the community to help those in need. Aside from donations, patrons are also involved with funding decisions, presenting cheques and handing out awards to Teesside Heroes and Golden Giveaway winners.

Managing Director, Mark Easby, said: “We’re very proud to offer our support to The Teesside Charity, reaffirming our commitment to the communities closest to us.

“As patrons, it also cements our long-term partnership with an organisation that works hand in hand with some of the region’s biggest players; all united to use business as a force for good.

"Alongside Our Hospitals Charity, the High Tide Foundation and Steady on Your Feet, The Teesside Charity joins our ever growing list of social and community-led projects that are making Teesside a better place to learn, work and live.”

Empowered by a new name that’s more memorable and inclusive, as well as a full identity refresh that’s reflective of their life-changing impact, the new brand is set to propel and energise the charity for the next decade and beyond.