Although they appear to be deceptively simple, straplines are neither random nor superfluous. 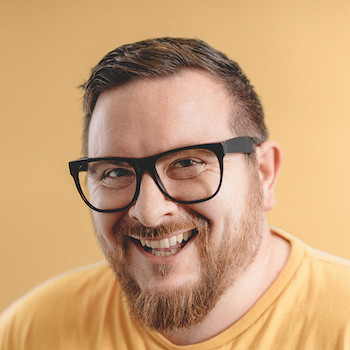 With a unique mix of commercial and creative talents, coupled with a wealth of experience, John leads the brand strategy and creative direction for Better’s portfolio of national and international brands.

The best straplines are pure brand poetry. They hypnotise us, even if just for a moment, and they take root in the mind of customers, clients and employees.

But what makes a good strapline? How do we go about writing one and is there a checklist of ingredients that can guarantee success?

A little dab'll do ya

There's no magic formula, but in the world of straplines, size matters. A memorable strapline will be relatively short, two to four words are ideal. The shorter it is, the easier it is to say and recall. If circumstances dictate that it must be longer, then it really needs to be a good line.

But what makes it 'good'? Well, good is relatively subjective, but to be effective, it should differentiate you from your competition by capturing some element of your brand essence. This is why when Better creates straplines, we generally do it straight after we've created a Brand Story.

It is tough to try and boil down your brand essence into two or three words. It is almost impossible if you haven't already mapped out what you do, how you do it differently, who you do it for, and why it matters.

For the most part, straplines should be easy to say, or if they aren't, there should be a useful reason why not. For example, "Vorsprung Durch Technik" isn't the easiest to say, nor is it immediately meaningful. It was popularised back in the early 80s, broadcast in an era where the most German anyone heard on TV was "Auf Wiedersehen, Pet". It stood out from the crowd, it was brave, and it established Audi as proudly German, while also creating intrigue in their premium and highly engineered product.

Does exactly what it says on the tin

So, we have a good starting point. An effective strapline should be a few words long, differentiated to your competition, easy to say, and it should sum up the 'why' at the heart of your brand. Ticking all those boxes isn't always easy, so we often use a framework of styles as our 'way in'. This helps us reframe the question in several ways, rather than just thinking of 'a strapline'.

There are many different breeds of strapline. Which style is right for you will depend not only on your brand character but often on your sector too. B2C straplines are really there to create intrigue and excitement, but more corporate B2B straplines often need to reassure and instil confidence. 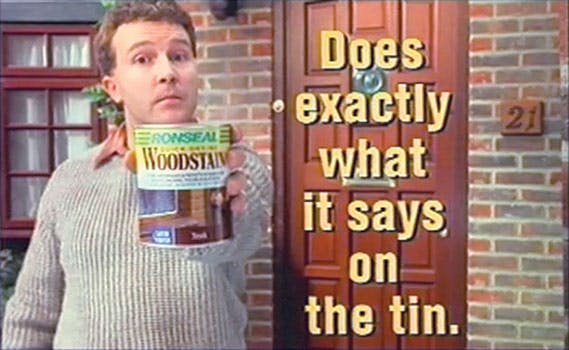 Imperative straplines command action, often starting with a verb. They resonate because if they're done right, they align with the values and personality of a brand's desired audience.

Nike's 'Just do it' is the classic example coined by Dan Wieden of Weiden and Kennedy fame. It's a perfect all-encompassing attitude and mantra for a brand that believes everyone can be an athlete with a pair of Nikes and a bit of effort. But equally, it feels like a mantra for life, a sort of modern spin on "Seize the day".

Its origins, however, are stranger than you might guess. Believe it or not, the inspiration came from the last words of a multiple-murderer in Utah as he faced the firing squad in 1977. Wieden had read a newspaper article about Gary Gilmore who, when asked if he had any last words, said: "Let's do it!". Wieden liked the "do it" part and noted it down, changed the first word and submitted it as the end line for a 1988 Nike TV ad about an elderly runner.

Descriptive straplines describe a brand's service, product or promise. The best ones will often be wrapped around a benefit or highlight a point of difference. Descriptive straplines can slip into dull, generic territory if they aren't treated with care. Still, they don't need to be basic. The Avis classic "We're number two, so we try harder" appears to break all the rules. It takes seven words to admit they aren't the best, can you imagine pitching that? Perhaps it's no surprise that this line was devised by a female copywriter in the male-dominated MadMen world of 1960s Madison Avenue. Paula Green of DDB was a real-life Peggy Olsen, and she later suggested in interviews, "' We Try Harder' is somewhat the story of my life." The diabolical genius of this strapline is that it turns its competitor's strength against them, implying Hertz has become lazy, complacent and comfortable. It's not a million miles away from the reason we're called 'Better', rather than 'Best'.

In contrast to the previous example, superlative straplines are useful for brands that are already at the top of the tree. This is for category leaders or brands that exemplify premium quality and exacting standards. These often fall into the category of 'Descriptive Superlative', for example, "The ultimate driving machine."

Or sometimes, as in the case of Carlsberg, a 'Humble Superlative', "Probably the best beer in the world." Although, recently they accepted that they have lost their way somewhat, "We focused on brewing quantity over quality. We became one of the cheapest, not the best." Carlsberg acknowledged falling sales by reformulating their beer, refreshing their brand and launching a campaign that honestly stated, "Probably not the best beer in the world."

Another spin on the superlative strapline is the 'Aspirational Superlative'. One of the best is 'Impossible is Nothing', used by Adidas. Drawn from a more extended quote by Muhammad Ali, it embodies the spirit of athletes looking to push the envelope of physical performance.

While the quote has been around since 1974, special effects took a little longer to bring it to life, in the shape of a more recent ad featuring a young Ali boxing with his daughter Laila.

Provocative straplines tend to question or challenge assumptions, causing the reader to pause and reconsider. Microsoft's, "Where are you going today?" sounds more like a travel agency or rail operator, but it hints at possibilities. It creates a moment of intrigue. The same is true of the iconic and long-running campaign for America's Milk Processors created by Jeff Goodby and Rich Silverstein. Deciding to pitch their campaign as using a 'deprivation strategy' they managed to turn milk from a commodity into a brand. Rather than saying: "Get milk!" they asked: "Got milk?" Because focus groups had suggested that milk is such a household staple, the real emotion sprang from the fear of its absence. The focus groups asked attendees to abstain from milk for a whole week before attending. It quickly revealed people's emotional connection to something they took for granted.

Nowadays, going a week without milk is a drop in the ocean for most woke, 'plant-based diet' vegan hipsters. But that doesn't mean they can't have provocative straplines too. Oatly, the Swedish oat milk company has taken the market by storm with playful language such as: "Like milk but made for humans."

And their strapline? "Wow, no cow!" another provocative twist on what isn't there, rather than what is.

For a strapline to make a mark, it needs to be: Brief, Relevant, Unique, Intriguing, Simple & Easy to say. They can be Descriptive, Imperative, Provocative or Superlative. And sometimes, they can break the rules.

But without a doubt, the most critical part of devising an effective strapline isn't just coming up with something that you love. It is coming with something relevant to your audience while expressing what is unique about your brand. They have to love it.

To do that you need to know exactly why your brand is unique in the first place, who your audience is and why they care about the way you do things. Without this insight, your strapline is doomed to be generic, meaningless or both.

If you need help creating your strapline or defining your brand, drop us a message. You can also head to our projects page to see some of our recent work.